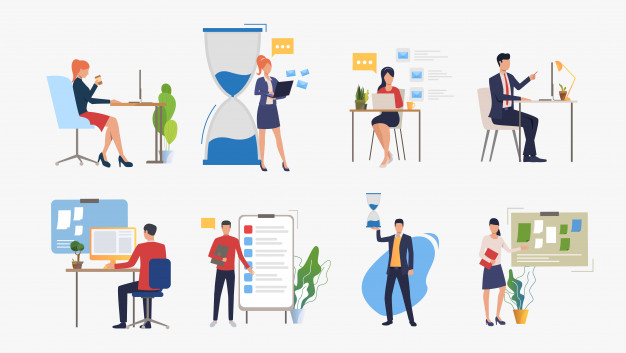 What Type of Job Seeker Are You?

Every job seeker is different from the other and the path we adopt to secure a new job won’t be the same. Below I’ve listed the different types of candidates I’ve come across in my years within IT Recruitment. Can you spot the type of job seeker you are? 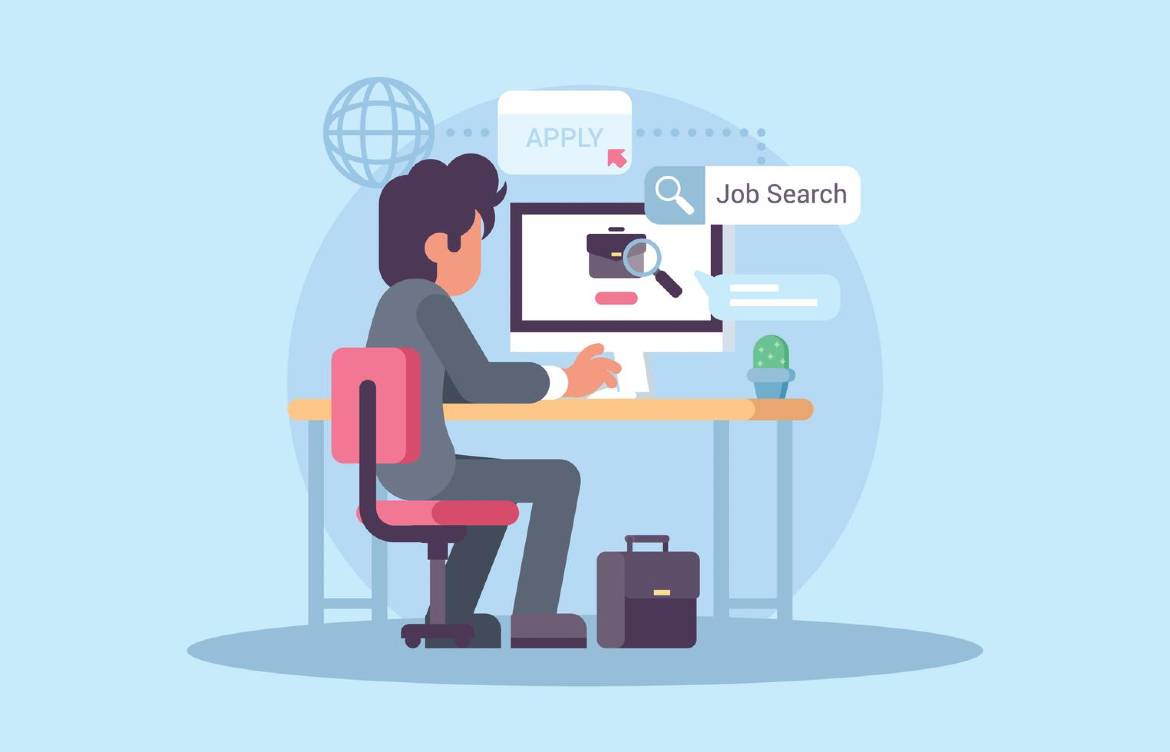 Your approach to job seeking is akin to, “Throw enough plaster at the wall and some of it is bound to stick”. You apply to just about every job that comes up in your keyword search, thinking that this will land you lots of interviews and, by extension, increase your chances of securing a job.

It’s understandable, of course. The logic is sound. It’s also not entirely your fault because most job sites make it so easy to do with their “Quick Apply” buttons right there at the top. You’re essentially being encouraged to apply before even reading the job description. There’s logic behind this for such sites as well – more applications equate to more revenue generated for them.

My advice to you: Take your time. Do your research. Apply to the right places. 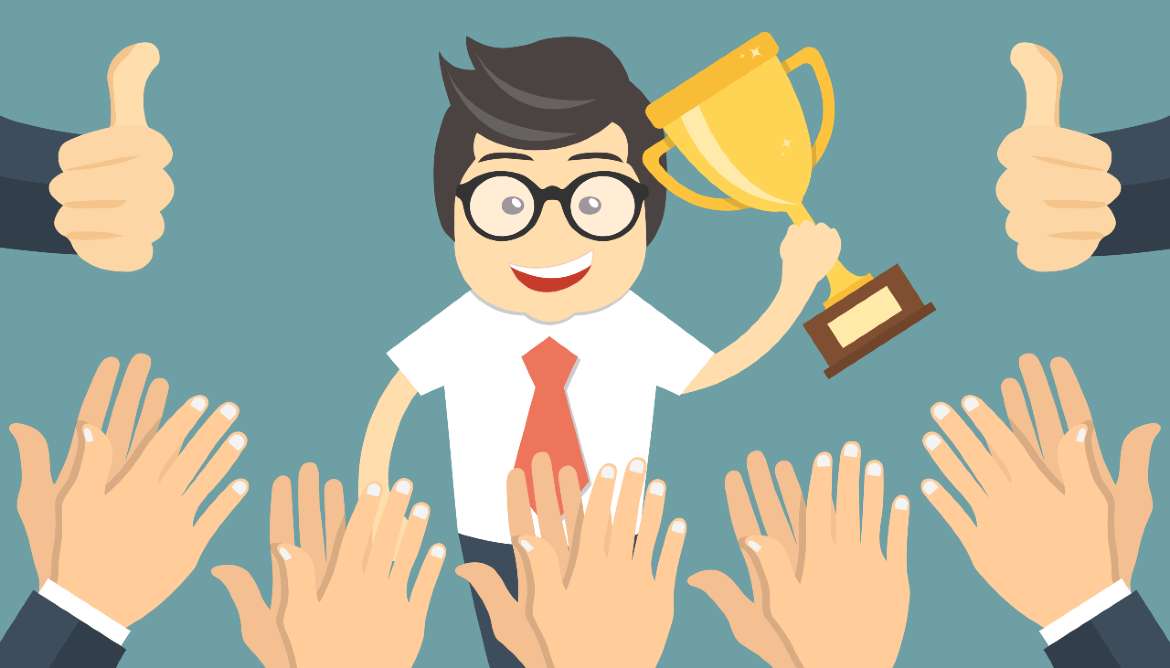 You under-sell yourself. You’ve achieved a great deal in your career to date, but you don’t want to list it all on your CV or application because you think you’ll come across as arrogant. You won’t. Not as long as you’re being honest, anyway.

My advice to the ‘Modest Micks’ of the world: List your work experience and achievements clearly next to the relevant role. All certifications should be listed, loud and proud, as well. I say loud and proud because, it’s almost worse if you try to hide or disguise your achievements, than if you just leave them out entirely.

Resumes are often screened by staff members who don’t have a full grasp of the role’s requirements and they’ll be scanning over your application for keywords or clear, relevant experience. Make sure it’s all there. 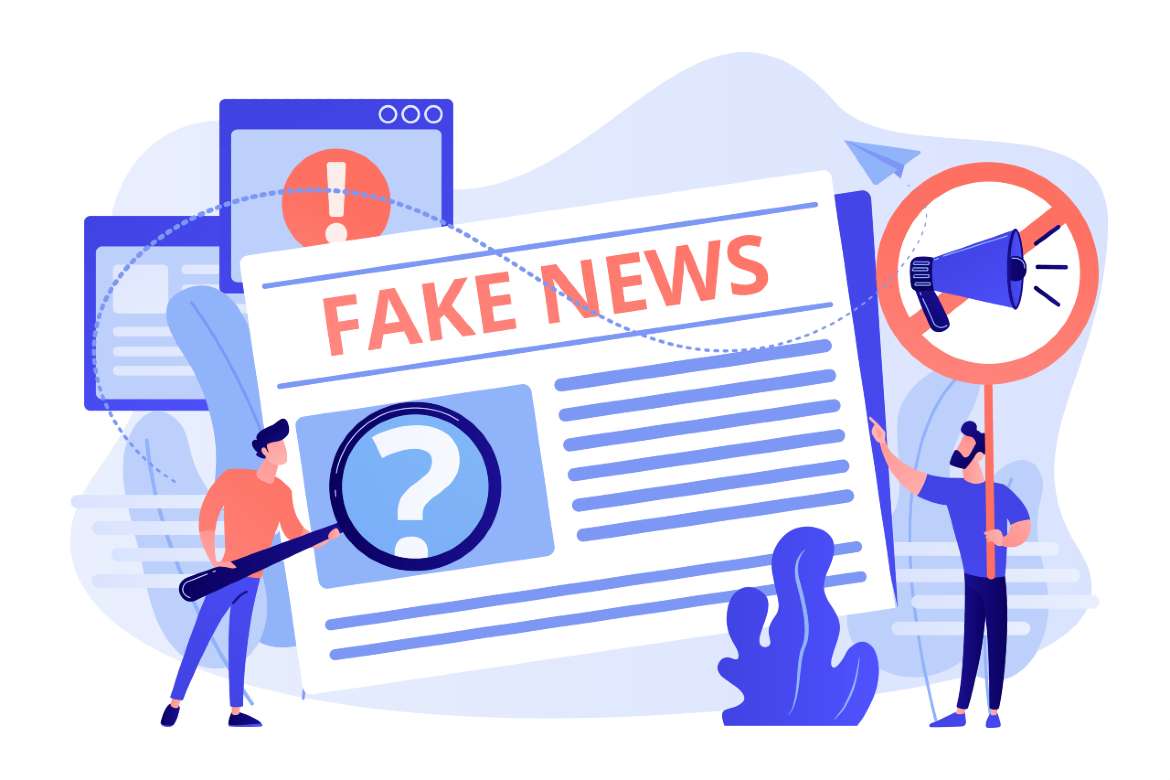 You’ve probably guessed it. You’re Modest Mick’s evil twin. If there’s one positive that can be taken from you going down this route, you’ve at least done a good amount of research into the role and the company and this probably means you’re really interested in it…

You’re the type who tailors their CV and application to make it look like you’ve got bags of relevant experience and all the necessary qualifications for the job.

20 years ago, Leo DiCaprio in Catch Me If You Can made us all believe that you can spoof your way into any number of careers, especially since the film was based on a true story. I think we all came away from that film though, safe in the knowledge that fraud and forgery are bad.

Things to be aware of: Lying on your CV won’t get you in trouble with the law, but you’d be surprised how quickly you can gain a reputation, and how easily that reputation spreads, especially amongst recruiters.

Simply put, there’s a lot of work in this approach and, to be honest, it’s never worth it. 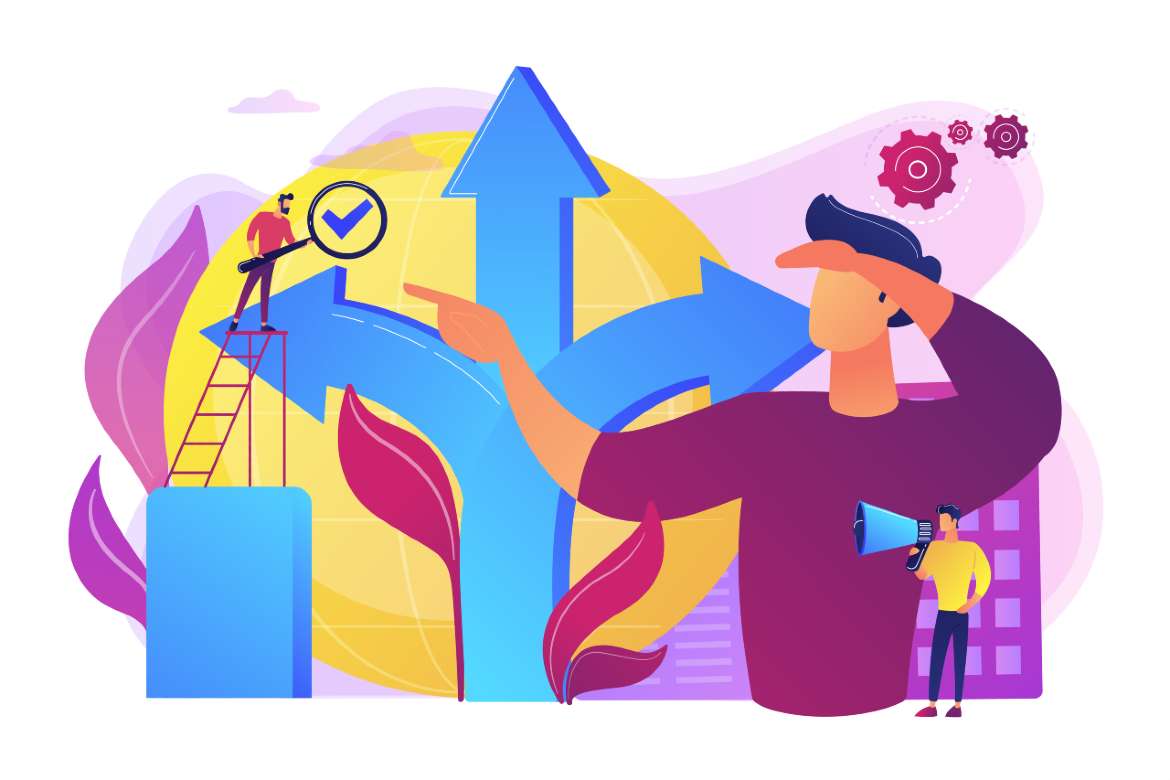 You get itchy feet if you stay in the same place for too long. This is becoming more and more common these days, for a few reasons. Demand for talent is so high at the moment, particularly in the tech industry, so people are constantly being lured away with the promise of better progression, prospects and/or pay.

Loyalty to companies is also no longer what it was and job security isn’t as important to most people as it used to be. My father only worked for two different companies in the space of forty-odd years. He’d never have even left the first one if they hadn’t phased his department out. By comparison, I’d worked for more companies than that before I’d reached the age of twenty five.

Job advice to all you job hoopers: Do be aware, that whilst it’s not uncommon to only stay in a role for three to four years, if you’re regularly moving after shorter periods than that (every one to two years), this is likely to be a bit of a red flag to future prospective employers.

A lot of jobs consider your first six to twelve months as bringing you up to speed and a significant investment is made in your training and development during that time. If you appear likely to leave after eighteen months to two years, they’re going to be questioning the return on investment and this will limit your options.

If you do prefer to regularly move on, the world of contracting might be for you? 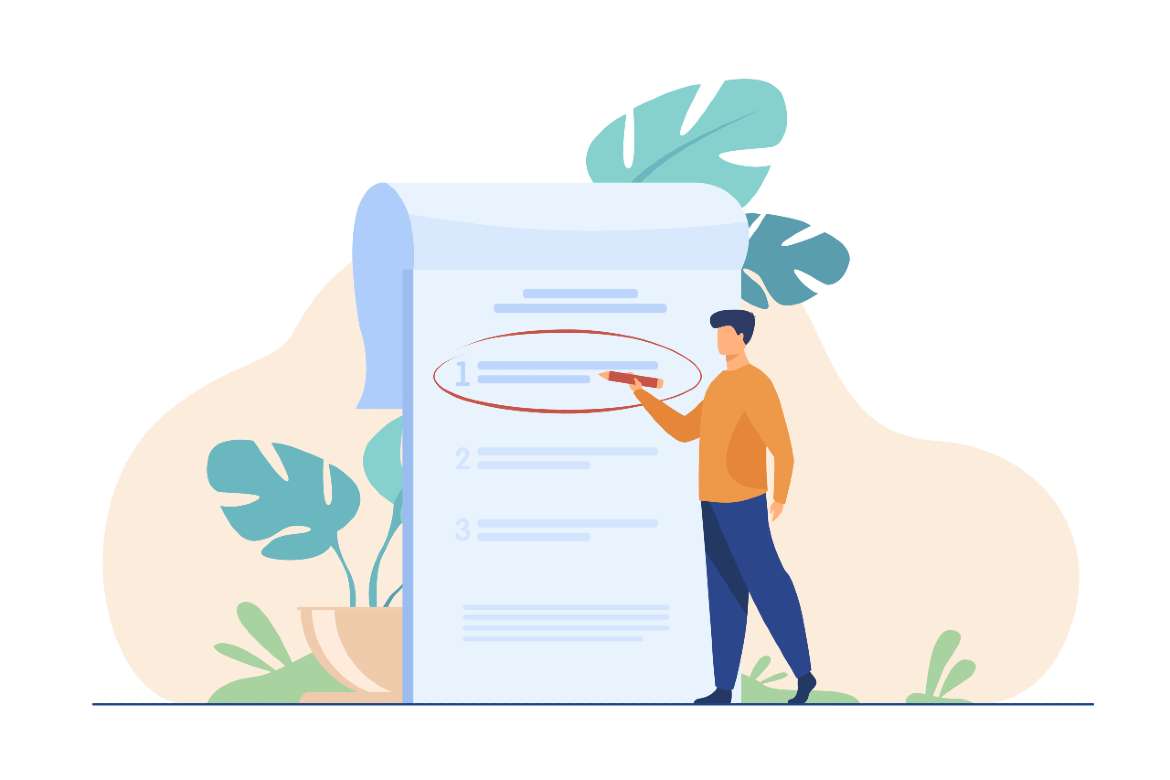 Unlike the job hopper, you don’t just change jobs regularly, you’ve got regular, noticeable gaps in your employment history. A month or so here and there is no big deal as it’s not uncommon for people to take a few weeks to rest after finishing one job and before starting another.

Top pointers while explaining gaps in your CV: Any longer than a month between jobs, you’ll want to be highlighting the reasons for those gaps and, moreover, anything else you might have been doing during this time. Don’t be afraid of how this might make you look. If it took you longer than expected to secure a new role after finishing up in the previous one, just say so. Don’t sit on your laurels though.

No employer will accept that, “looking for a job = full time job in itself”. Yes, it’s time consuming, but you need to show that you’ve spent time working on improving your chances of getting a job, too.

To add a little contemporary relevance here, “Out of work due to the impact of COVID19 on business”, is pretty much no longer considered as a justifiable reason for doing nothing for the last eighteen months.

The job market stalled for a few months in 2020 but the fact is, companies were hiring, there were opportunities. You could have also spent the time up-skilling. Fair enough if you turned it into an opportunity to spend more time with your family or to concentrate on home-schooling your kids, but again, say so – explain how that time wasn’t simply “lazed away”.

Common explanations for gaps between formal jobs are; Took a year off to go travelling. Took time out to care for a family member. Took extended leave to be a stay-at-home parent (Remember, this is different to actual maternity/parental leave. You are still classed as fully employed for the duration of your maternity/parental leave and, as such, you do not have to list it on your CV or application form as a “gap” in employment). 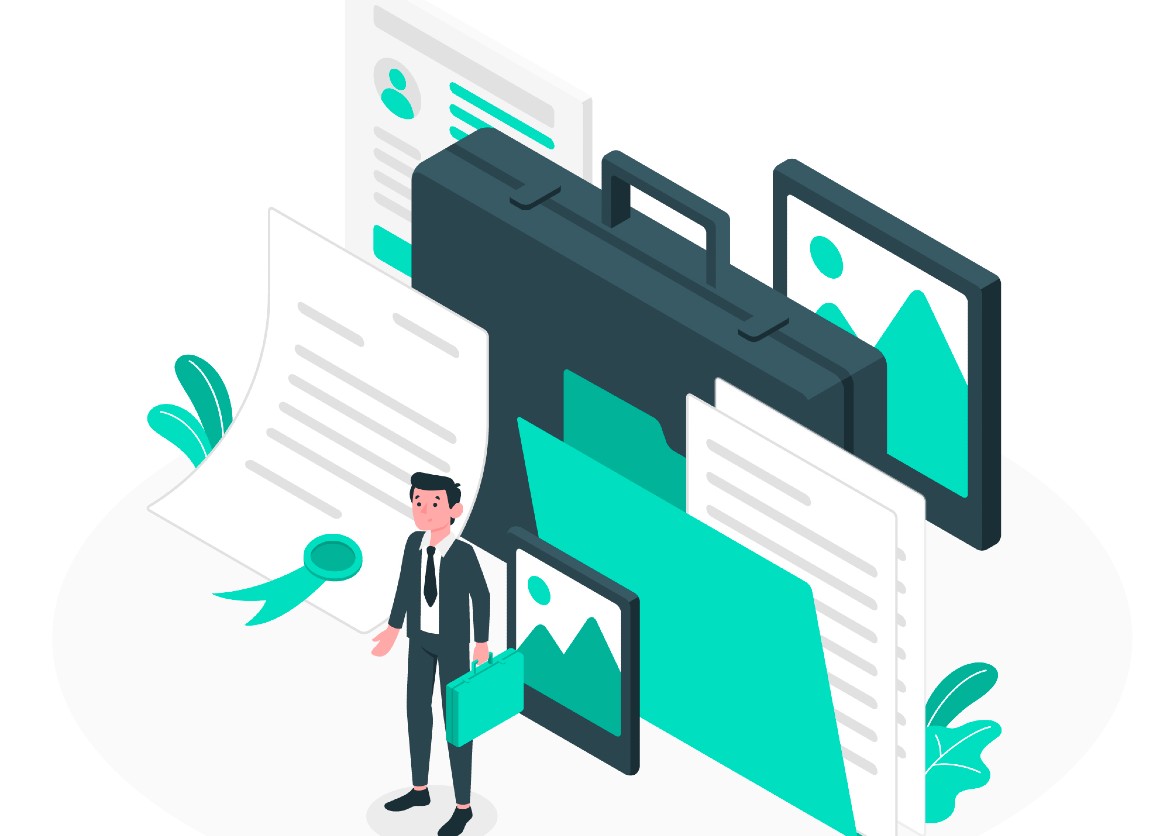 Not nauseous, not an alien and not Eric Bana (he was way better than Norton or Ruffalo, prove me wrong). This means you’re fresh, inexperienced, recently qualified or otherwise new to the game. This can be a daunting time for you.

Getting started isn’t always easy – we’ve all seen the meme, “we want a recent graduate with 23 years’ experience”, and it’s funny because it’s true. Companies love the idea of bringing in inexperienced people and it’s not uncommon for them to promote their company’s culture on how low their average age is – but they want experience too. Cake and eat it scenario.

Advice here would be: Go into more detail on your CV, in terms of college modules and projects. Don’t be afraid to big up your achievements or responsibilities with any part-time work you might have done in the past.

Any volunteer work? Active in clubs or societies? Get that in there, too. Try to demonstrate how committed you are to the things that you do.

Also work on ways to improve your confidence and interview skills. Remember, your prospective new employer won’t have much proof in front of them that you have the skills for the job, so you have to prove yourself in the interview room.

Finally, be realistic. You’re not going to secure a senior developer role, three and a half minutes after you graduate from college. Apply for jobs that are going to help you get where you want to go. Employers like to see that you have a plan and they’re much more likely to take you seriously if you're, well, being serious… 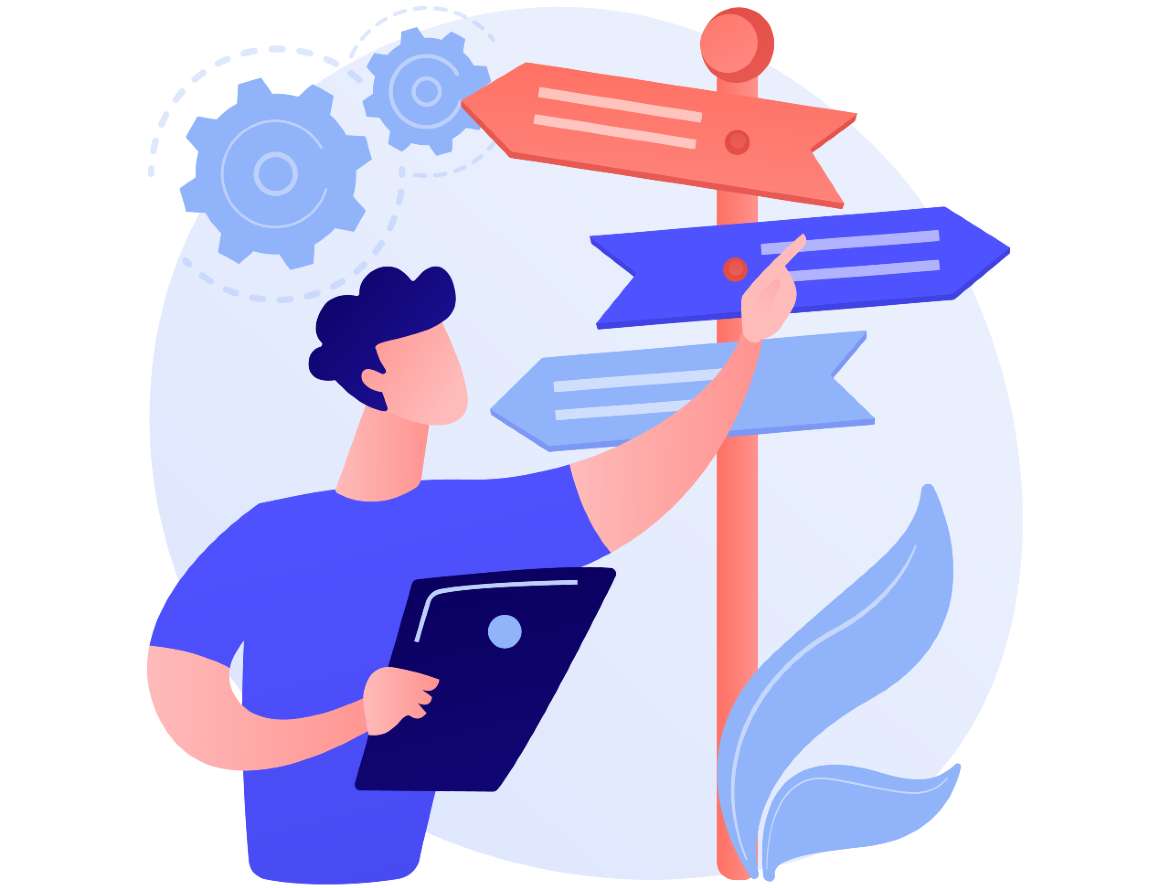 Guilty as charged, by the way. It’s something of an antiquated view that we should know for sure what it is we want to do with the rest of our lives by the time we go to college, or even in our twenties or thirties for that matter.

This is not the most common type of job “seeker” though, since more often than not, you’ll change direction because an opportunity arises somewhat unexpectedly, rather than going out and looking for it.

Pro tip: Deliberate changes in career path are usually easily explained or demonstrated through obtaining relevant certifications in the desired new field. As long as you can make it clear in both your CV and your interviews, why or how each of the changes came about, then it shouldn’t reflect badly on you.

As I’ve said in previous pieces, you don’t have to fall into one of these categories. You might dip your toes in several of them – despite several voices to the contrary, there’s a lot to be said for sitting on the fence. Also, as I read it back, I don’t really make it sound too appealing to be associated with any of the above, which is not the case. This is 2021 – you do you!

We’re forever adding to our career insights page and new job opportunities are always opening up. Why not get in touch and see how GemPool can be of help to you! 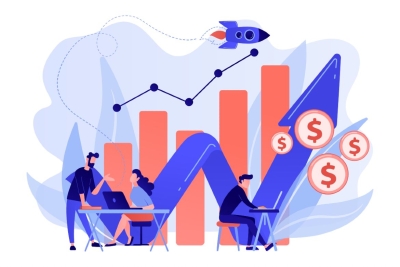